Silk and its production

Silk: the beginning of production

Silk was already produced in ancient China, already 3600 BC. For 2000 years, the Chinese kept the secret and held the monopoly of the production of silk fabrics. These fabrics were exported by the Silk Road.

The quality of the Byzantine silks has reached an incredible level – the Greeks have been able to present entire religious or historical scenes on silk; moreover, the silk was greedily embroidered with floral or animal motifs of the fantastic worlds: griffons, pegasus and hippocampus. The silk was also interspersed with gold, obtaining a new type of fabric: glitter.

The secrets of silk production were stolen in the 11th century by the King of Sicily, who simply took the production specialists from Thebes and Corinth.

2. Reproduction of silkworms: 2 months of spring. The larvae hatch cocoons for about 8 days as soon as the first leaves appear on the mulberry trees.

3. The caterpillars feed on leaves for about a month and absorb food continuously. Their body mass increases about 10,000 times. 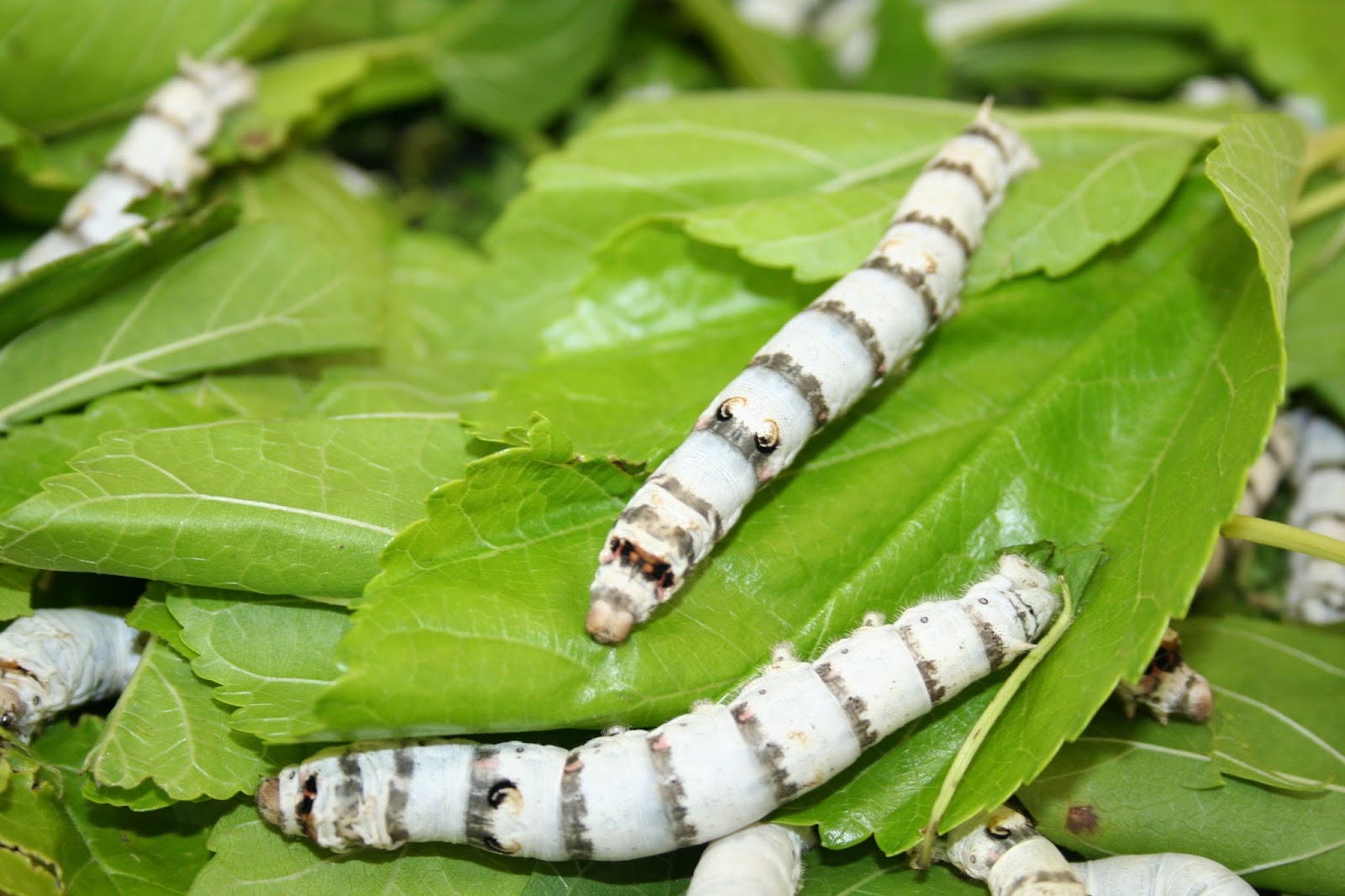 4. After the fourth moult, about one month after hatching, the caterpillars wrap in a cocoon (which lasts about 3 days).

5. The cocoons are separated into those in which the silk will be obtained and those which will turn into a butterfly to give birth to the next cycle. 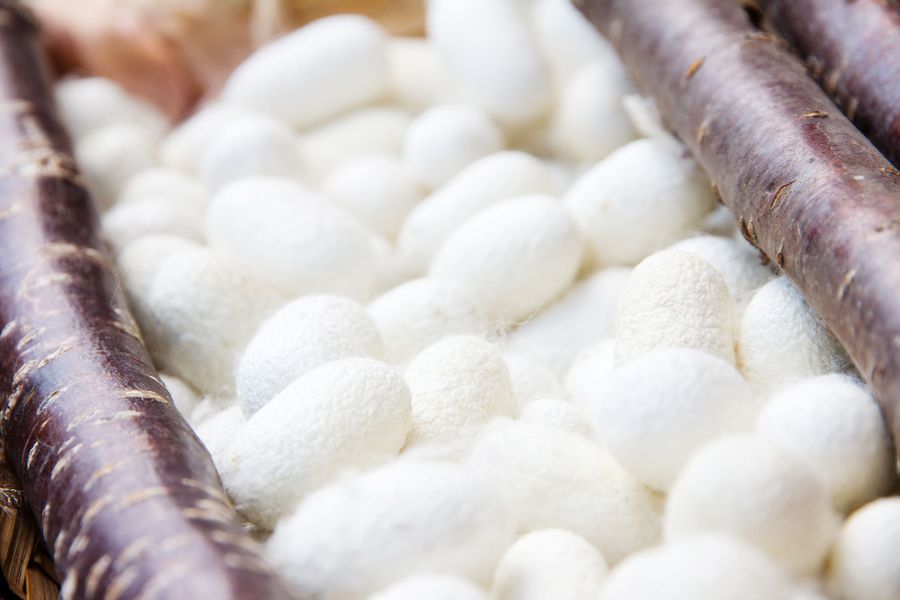 6. The silk cocoons are immersed in boiling water, then the end of the silk thread is spotted and wound on the spool. Approximately 1.6 km of silk thread is obtained from each cocoon.

7. The silk thread is subjected to a spinning process to obtain a silk thread, the basis of the production of the fabric.